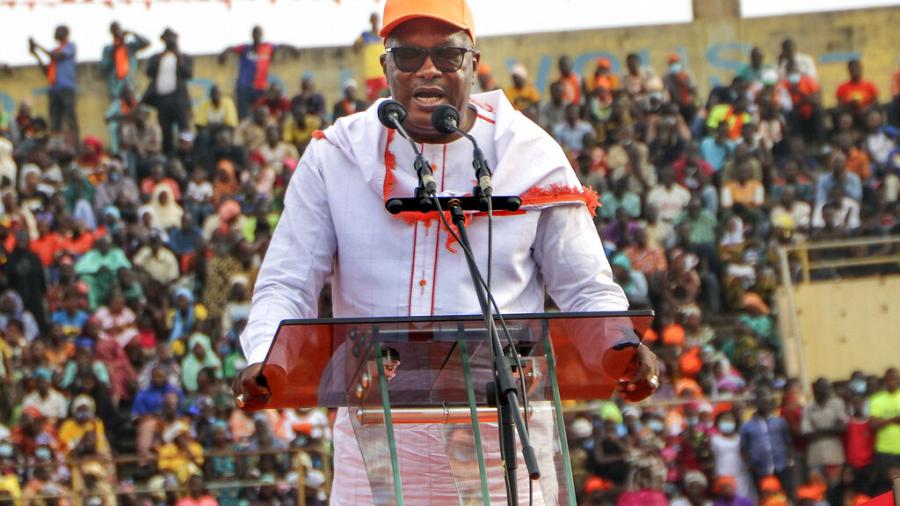 Burkina Faso will vote in a general election Sunday in the shadow of a growing militant insurgency, with President Roch Marc Christian Kabore expected to win re-election.

But no votes in the presidential and parliamentary polls will be cast in one-fifth of the country’s territory, where large swathes remain outside the state’s control and militant attacks happen almost daily.

The violence has forced one million people – five percent of the 20 million population – from their homes in the last two years, and at least 1,200 have been killed since 2015.

The security crisis has dominated the campaign and an undisclosed number of troops have been deployed for polling day in the landlocked West African country, one of the world’s poorest.

Most of the 12 opposition candidates running against Kabore have criticised the incumbent’s failure to stem the bloodshed.

However political scientist Drissa Traore said Kabore remains “the big favourite against an opposition which has not managed to unite behind a single candidate”.

Kabore can avoid a run-off election by winning more than 50 percent of the vote in Sunday’s first round – as he did in the last election in 2015.

Compaore, who was ousted by a popular uprising in 2014 after 27 years in power, is now in exile but some voters are nostalgic for his regime.

The three leading candidates all wrapped up their campaigns on Friday, with Komboigo telling a rally in the capital Ouagadougou that Compaore would “return with all honours”.

And Diabre told thousands in the economic capital Bobo Dioulasso that his proposals “can help our country get by”.

As the campaign ramped up, so did the bloodshed.

Fourteen soldiers were killed in an ambush in the north claimed by the Islamic State group earlier this month, one of the deadliest attacks on the military in the five-year insurgency.

Days later, the IS propaganda arm published a picture of two jihadists killing a man wearing an army uniform — but the military denied there had been a new attack.

Militant violence in the north – as in the neighbouring Sahel states Mali and Niger – has become intertwined with clashes between ethnic groups.

The Fulani community has in particular been targeted for recruitment by jihadists, and attacks regularly spark reprisal attacks, continuing the cycle of violence.

Humanitarian groups have condemned massacres of Fulani civilians by pro-government militias or the army.

Despite regularly claiming successes, the poorly equipped and trained army has slumped from loss to loss.
https://www.africanews.com/2020/11/21/kabore-rallies-ouagadougou-in-final-push-for-re-election/

Not here, not there: Questions swirl over the whereabouts of Guillaume Soro
22 Nov 2020