A Gulf Message to the Sudanese Media

A Gulf Message to the Sudanese Media 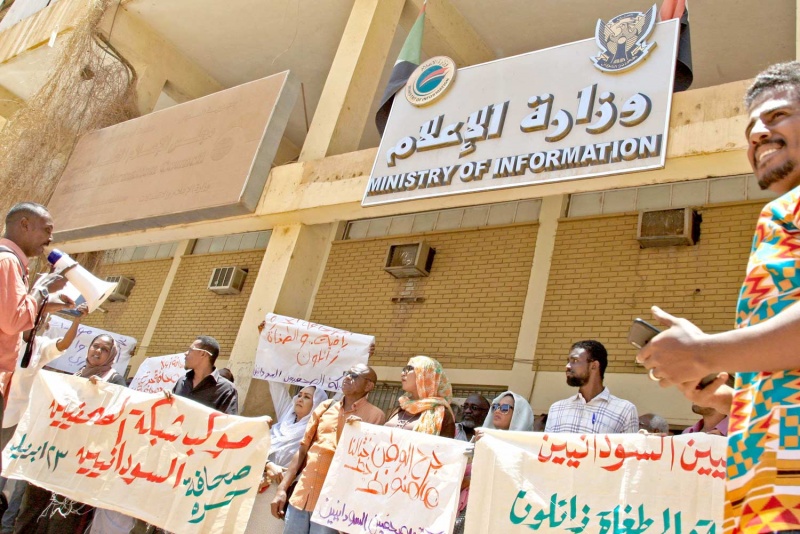 “This message is not meant to address shortcomings in the Sudanese press and media for I’m not the one to tackle such a topic. In addition, it goes without saying that the Sudanese public opinion need not someone to speak on its behalf, for Khartoum is rich with media intellectuals who are capable of reflecting the image, issues, and culture of Sudan to the African, Arab and international media. But it is rather a message from a Gulf citizen displeased by Sudan being absent from the standing it deserves”.
I was invited to a small cultural session with a group of peer junior Gulf researchers; the debate was about the signing of the last Peace Agreement in Juba (South Sudan).
Shortly after the debate started, I was surprised that all the participants share one viewpoint, which is “Sudan will only be stable under a military rule, and that the Peace Agreement signed in Juba will be revoked shall a civilian government assume power”.
All these ideas were adopted without prior knowledge of the events that preceded the signing of that Agreement and not even knowledge of the most important political turning points in Sudan before and after the 1989 coup. What’s more, a participant could not distinguish between Joseph Lagu, who added the word “South” to the name of his movement, and John Garang who removed it.
Then, I said to myself: “Is the failure of the Sudanese press and media to promote itself and acquaint the Gulf reader with its own issues since independence behind Sudan’s voice not reaching the Gulf public opinion which led to varying Gulf attitudes towards Sudan regarding a number of issues”?
Between that inquiry that I kept to myself and listening to the guests attending the discussion, I recalled the late Dr. Jaafar Mohamed Bakhit, Secretary-General of the Sudanese Socialist Union, who when asked in 1972 about his opinion on Sudanese journalism literally said: “Journalism in Sudan is generally characterized by incompetence and most journalists are not up to the required understanding of the tasks, issues, and economic, intellectual, political and social concerns of the stage. Also, the qualification of journalists is poor and was developed under previous circumstances, and some of them cannot be improved and even reached a stage of a standstill”.
He added:”The Sudanese intellectual has not yet enjoyed his well-deserved status in the world of journalism and opinion shaping. The mood of the Sudanese intellectual is like that of a singer and some of them unleash their culture in platforms that are financially more promising”.
The question here is: Does the vision of the late Jaafar Mohamed Bakhit still apply to Sudanese journalism after nearly fifty years?
The Sudanese media has been absent from the Gulf screen and did not even try to convince the Gulf viewer who is eager to discover the Sudanese culture which is diverse by virtue of history and geography and brings together part of the Arab tribes and most African tribes with their culture, languages and heritage into one political entity called Sudan. Some of those tribes were influenced by the Arab culture and some maintained their ancient African heritage.
Throughout my residence in Khartoum, I could find no reason why the Sudanese politics, drama, folklore and art did not find their way to the TV screens in the Gulf despite that the Gulf art is shown on Sudanese screens though occasionally.
Then, I remember that I convinced myself that the peculiarity of the Sudanese society might had a role in such media retreat that made the Sudanese media appear before the Gulf people as shrinking either because of lack of confidence and thus avoid any embarrassment or be detached because of ignorance of its real capabilities and of the historic value Sudan enjoys compared to its setting.
Between that belief and my approaching the Sudanese elites I was faced by an unexpected reality which has become a reference which I always consult before writing on the Sudanese affair.
The Sudanese elites believe that the Gulf and Arabs let them down for decades and such letting down extended to include negligence of the roles played by Sudanese figures that contributed to the development of Gulf countries.
This is added to the limited Gulf interest in the Sudanese affair besides exerting no effort to get to know the Sudanese reality from within except through personalities, references and research that are disturbed by any Gulf-Sudanese rapprochement with the aim of either isolating Sudan as a whole from its Arab and African setting, or obscuring the real image of Sudan in the eyes of the Gulf to the greatest extent or both.
Between these two attitudes, I perceived the resentment that was generated in the Sudanese public opinion and understood its causes. I personally work to analyze such resentment and communicate it to the Gulf media in hope that it would realize what I have realized, rethink about it and view Sudan differently.
It’s a pity to say that the issues of Sudan were exploited against the national interest in the light of a weak Sudanese media that is incapable of marketing itself. There is a huge gap between the Sudanese and Gulf media that needs to be abridged in addition to the necessity to learn about the issues of Sudan only from Sudanese intellectuals via Sudanese media. Furthermore, a new Sudanese media discourse has to be adopted to deal with the Gulf, Arab, and African media. Khartoum lacks not the experience and resources for such a move which should go parallel with the challenges of this stage and express the aspirations of the Sudanese Revolution which fruits must be reaped even though after some time.

(Is it not time for the Sudanese media to introduce itself to us?)