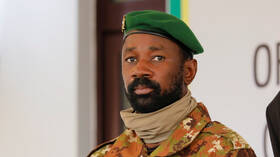 As I mentioned before, the new government must be a true national unity government, and its members should be 25 in implementation of the outcomes of the comprehensive national dialogue. Of course, the military will maintain defense and internal security, but decentralization must be given to a neutral technocrat to ensure the organization of transparent elections, as well as health, finance and foreign affairs. These three sectors suffer Real problems, financial diplomacy is dormant, while we need an active person in this critical stage. As for health, its problems are clear to everyone, and despite the impossibility of solving them during this short period, finding a good minister will improve things, and in an economy we need a minister who can provide quick solutions instead of relying on debt.
As for the other ministries, they can be distributed based on political balances.
The priorities of the next government: 8 months are too few to change, so I think that we should focus on the basic matters only, which are three in my opinion:,
1- Organizing fair elections: the state does not need a new post-electoral crisis, as we have seen its repercussions from the 2018 elections and the legislative elections in 2019, and the repetition of the same mistakes leads to the same results. As I said earlier, organizing free elections is the only key to political stability in Mali.
2- Amending or drafting a new constitution: The need for a new constitution is urgent, and I think that the transitional period is the appropriate stage for it, because if it is left to the new president, the constitution will be drafted according to his interests: either setting the election age to exclude a competitor or giving himself two-thirds of the Senate, or taking advantage of the opportunity and continuing in the mission The third. While at the present time a new constitution will be drafted with the consent of all parties. But this does not mean, of course, the addition of articles that threaten the unity of the financial territory, as this will be considered high treason, and of course people will not accept such a constitution easily.
As for Article 118 of the Constitution, which prevents changing the constitution if the government does not control the entire national territory, I think this article can be violated as we have been accustomed to, since more than an hour ago we became accustomed to violating the constitution: starting with the postponement of the legislative elections through the dissolution of the Constitutional Court and the appointment of members of the Transitional Council to The inauguration of Guetta as president of the transitional period, so let this be the last violation of the constitution, and then going to a new republic with a constitution that reflects our reality.
3- Signing an agreement with the unions: All sectors in the country face problems and all unions have demands. If the authorities do not anticipate signing an agreement with them, another strike will be repeated, whether it is from untm or other unions. The strike cost the state billions of francs.
◀️ The thing that the president and the prime minister should avoid is fighting corruption: At a time when we are optimistic about the unity of the word, I think that the president and the head of government should leave the anti-corruption file to the new elected president, because this will lead to a new opposition and they will have to confront the cadres of the former regime and the former majority parties. And preparing for an endless series of strikes, as it is difficult to find a Malian politician of the 1991 generation who does not have a corruption file, so it will be difficult to fight corruption, unless they discriminate in the process, the priority now is to preserve the unity of Mali and obtain political stability, and corruption will be fought if he chooses The people are an honest person in the upcoming elections.
◀️ Millions have gathered more than ever before. This is good news. We hope that it will be the end of the era of wandering and the beginning of the financial renaissance.
God save the people and the country.

Abdul Rahman Sebi
Researcher and writer from the Republic of Mali