Repercussions of the Ethiopian Scene, How the Gulf Views Them?

Repercussions of the Ethiopian Scene, How the Gulf Views Them? 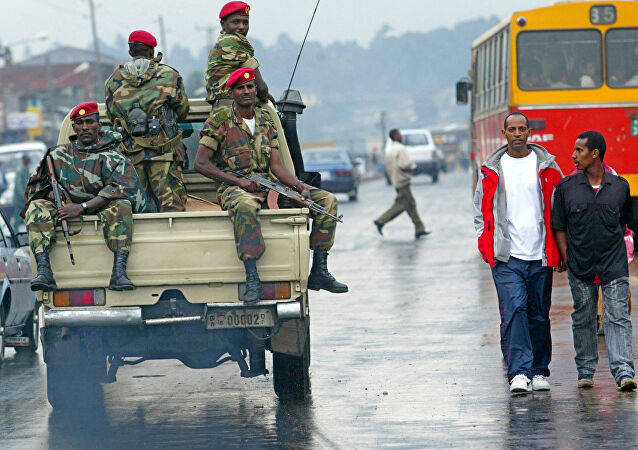 The tension between regions and ethnicities in Ethiopia is not unfamiliar to Addis Ababa, but rather a common feature in Africa in general. But what’s unfamiliar is the huge bet on the dividing of Ethiopia and the secession of one of its regions, as if Ethiopia were a negligible and unimportant country for the international balance. The international powers view Ethiopia as a central country and rising power in the Horn of Africa quite eligible to lead East Africa in the next five years. Such an international view is not contemporary but rather rooted and supported by qualities that made Ethiopia unique in the whole region. Ethiopia is an ancient and historical state as it represents an extension of the Kingdom of Aksum, the center of Orthodoxy, and home to the oldest church. Its population is over one hundred million people, not to mention the huge water resources that made it among countries most internationally competed for.

Recently, Ethiopia witnessed severe tensions between the central government and the Tigray region on the background of the Ethiopian Parliament’s referral of constitutional interpretations to the Council of Constitutional Inquiry regarding holding elections in light of postponement due to the Corona virus pandemic. The Tigray region rejected those measures and announced the launch of elections, a thing that infuriated the central government and pushed it to clashes with the Tigray region. Reactions varied in the Horn of Africa as to the developments in Ethiopia. Asmara announced support of the Ethiopian government against its opponent (Tigray People’s Liberation Front). As for Mogadishu, it cautiously observes the Ethiopian scene rather than worriedly as to the aftermath, while Djibouti views these events with both caution and worry of their consequences.  In my own opinion, the different reaction of the three capitals (Mogadishu, Asmara, and Djibouti) can be attributed to Ethiopia’s historical relations with them. On the other hand, Khartoum which began to bear part of the repercussions of these events after the start of the refugee influx on its borders who found refuge in Sudan seems the most appropriate party for international mediation. Therefore, it is likely that Sudan be commissioned by calming the situation in support of Sudan’s role in the region and in recognition of the history of security and intelligence cooperation between the two countries especially since Khartoum appreciates the role of the Ethiopian PM Abiy Ahmed of maintaining regional balance, something that Sudan is incapable of under the transitional government. It’s also expected that the new US administration demonstrate more flexibility regarding the Sudan and Horn of Africa issue as it arranges for new security and intelligence missions and intends to win the confidence of the new Sudan.

Repercussions of the Ethiopian scene.. How the Gulf views them?

In light of the recent developments in Sudan and the Horn of Africa, especially following the reopening of the US embassy in Mogadishu after three decades, I think that the process of maintaining regional and international balance has started. Accordingly, it’s likely that Ethiopia will receive strategic support by either signing a deal with Asmara to grant Ethiopia access to ports on the Red Sea in exchange for revitalizing the Eritrean economy and restoring part of the standing Eritrea lacks in the region compared to Ethiopia. An alternative would be to revive the Confederation issue between Asmara and Addis Ababa since Ethiopia with its different components believes that the independence gained by Eritrea had to be linked with Ethiopia through some form of confederation. This has once been supported by a US vision revealed by Hermann J. Cohen, US Assistant Secretary of State for African Affairs in London in 1991 when he felt the Ethiopian attitude to grant Eritrea independence, saying: “The United States cannot be keener on the unity of Ethiopia than the Ethiopians themselves, and I am convinced that the troubles that Eritrea will face will make it reconsider the secession from Ethiopia”. It is this US vision that explains the increase of US and international support for Ethiopia while excluding Asmara even from visits of senior officials.

In light of the imbalance of power between Addis Ababa and the Tigray Front and the rapid increase in the number of refugees, the latter will reach an agreement with Addis Ababa to put an end to this war. But that does not mean the war is over, something that the Ethiopian government realizes and prepares well for. The Tigray Front will work to remove the Ethiopian PM from the political scene by strengthening alliance with his domestic opponents and seizing power which is improbable in my own opinion as the present international conditions are unfavorable besides Abiy Ahmed enjoys regional and international support as leader of the next phase. But regardless of whatever events, what matters for the international parties is that Ethiopia remains united and strong, irrespective of its ruler.

A game-changer deal: In Africa, it’s well-known that national reconciliations and political agreements can easily be revoked by signatories, regardless of the position of these signatories. Consequently, there is no guarantee for the Ethiopian-Eritrean reconciliation signed in 2018 especially that the reasons behind the Ethiopian-Eritrean war that lasted for twenty years continue to exist.

Any deal reached by the Tigray Front and Isaias Afwerki (their old enemy) will undoubtedly be a game-changer under which Abiy Ahmed and the remainder of the qualified Oromo and Amhara leadership will be eliminated. The Tigray will restore power in Ethiopia in exchange for embodying Afwerki’s old dream of putting the Tigray Front under his control which heralds a change in Ethiopia’s political map, a thing that Asmara has been thinking about for decades.

On the other hand, the Tigray Front looks westward to Sudan which one day played a major role in the arrival of their representative and pioneer of the Ethiopian economic renaissance, the late Meles Zenawi to power, a favor the Tigray cannot forget. Though Khartoum now seems closer to neutrality to prevent any tensions in relations with Ethiopia. Furthermore, Khartoum considers Abiy Ahmed crucial for keeping the balance of power it deems unattainable in the medium term. However, collaboration between the Tigray, the rest of the Ethiopian State components and Khartoum against Asmara remains likely if deemed necessary. And despite his long-standing hostility for Sudan and former President Omar al-Bashir, Isaias Afwerki is aware that al-Bashir’s men are the ones now pulling the strings in Sudan and who will remain loyal to him no matter whatever happens. Thus, the cooperation between Asmara and Khartoum is not genuine but rather formal and dictated by the current conditions and will continue as such as long as Isaias Afwerki is in power.

The diminishing confidence between Asmara and Khartoum is a golden opportunity for the Tigray and a safety valve for the government of the Ethiopian PM Abiy Ahmed which is often disturbed by any Sudanese-Eritrean rapprochement whether through Isaias Afwerki or any of his successors.

I want to say that the Horn of Africa’s regional neighborhood is aware that the conflict between Ethiopia and Eritrea is ongoing notwithstanding they appear allied, as both assume to be the legitimate representative of the history of the Kingdom of Aksum, and therefore, the conflict will continue.

In the Gulf, the GCC countries agreed to support the Ethiopian central government headed by the Ethiopian PM in order to maintain the growing Gulf interests in Ethiopia and the Horn of Africa despite their contradicting political views regarding a number of issues.

It seems that the Ethiopian PM is lucky for adhering to the neutral stance of the African Union as to the Gulf Crisis, something that he benefited from in all the issues and not only in the support he received in the recent war with the Tigray Front. Though, I believe the last GCC support for Abiy Ahmed undoubtedly outraged the Tigray ethnicity that may one day regain power. The Gulf governments will then be compelled to deal with an opponent known since ancient times for never forgetting those who helped kill them rather than with a political leadership of a country.

The question here is: Would we have witnessed a Gulf intervention in favor of the Somali federal government in the event of insurgency in the Somaliland region?

The answer to this question is what enhances the African concerns as to the Gulf mobility in the Horn of Africa in particular and Africa in general. Therefore, I believe that will affect the future of Gulf relations with the Horn of Africa more than affecting the future of Afro-Gulf relations generally, because the Gulf handling of the Horn of Africa issues differs from handling similar issues in Africa as a whole. At a time when the Gulf States endeavor to support a secessionist region and at other times to find out what drives regions in the Horn of Africa to secede from the central state we find such a Gulf orientation is completely absent towards secessionist regions in West Africa for instance, not to mention the intense international competition over waterways like the Red Sea, the Indian Ocean, Bab el-Mandeb, and the Gulf of Aden.