The Gulf Confrontation Scenarios In The Indian Ocean

The Gulf Confrontation Scenarios In The Indian Ocean 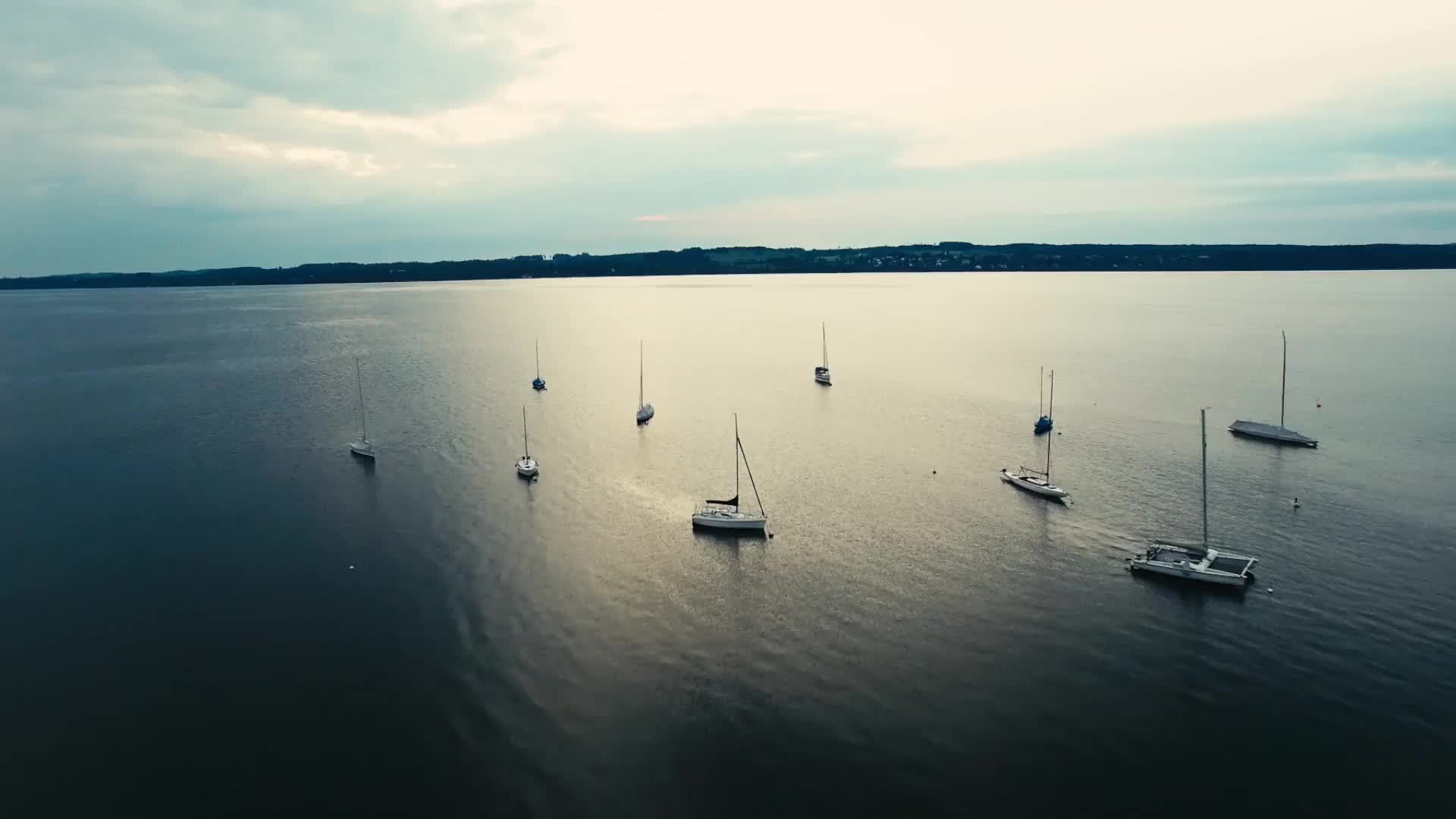 In April 2016, I discussed a scholarly paper entitled “Somalia, between its Division and Intimidation” in which I referred to the terrorist organizations continuing to emerge along the African coasts overlooking the Indian Ocean. I recall that one of the colleagues attending objected to the probability of such a scenario in some African countries overlooking the Indian Ocean like Mozambique, Mauritius, Madagascar, and Seychelles. He based his assumption on the background of the small number of Muslims in those countries, as if Islam is the underlying cause of terrorism. In so assuming, two facts that are well known by the African peoples have been neglected: Firstly, terrorism made its way to Africa with the arrival of those who control power in the continent; and secondly, Islam was the only obstacle faced by colonization when it intended to separate the Africans from their righteous values and principles, and mazingly, it still faces this obstacle.

The emergence of terrorist organizations in Africa and the talk about sectarian ideologies is no longer a main subject in the African press, not even a topic of discussion among African elites that have not been corrupted by politics and that are now preoccupied with the so-called slogan (Afro Optimistic). These elites work on shaping the global future of the continent via collective efforts in collaboration with Africans in the diaspora, even though such elites are away from the decision-making center. As to the terrorist organizations and sectarian ideologies, the Africans now view them as a tool that is used when the players in the African scene battle over the gains. Therefore, the bet now is on the next African political leaders who must realize the difference between assuming power for the sake of power and assuming power to remedy the nation’s own problems and protect its sovereignty.

Following the Islamic State seizure of the port of Mocimboa da Praia in northern Mozambique Last August, I began to deliberately assess all the Gulf interests, not only on the African coasts overlooking the Indian Ocean, but throughout the African continent. My deep thinking was interrupted by a phone call from a promising researcher from KSA with whom I once collaborated in compiling the Red Sea Encyclopedia. She asked me about any possible threat to the growing Gulf interests on the coasts of the Indian Ocean following developments in Mozambique.

From Mozambique to the coasts of South Africa, a group of international companies compete for the largest share of investment at times, form partnerships at times like Exxon Mobil of the United States and Eni of Italy, and interfere at other times to block a deal and deprive competitors in order to obtain profit from a third party, such as Total of France for instance, which often expresses willingness to be a partner in the energy sector in the Arabian Gulf.

In 2019, Washington announced through Anadarko – a US energy company- the largest foreign investment in Africa that worths $ 25 billion in the liquefied natural gas sector in Mozambique, and Washington confirmed that the project will double the GDP. But how could ISIS terrorism reach those areas that contain the largest foreign investment in Africa?

It seems that the events witnessed in Bangui in 2012 and led the country to a civil war began to emerge in Mapato, albeit in a different manner. The ISIS recent takeover of the oil field in Mozambique has two explanations: Either there is a disagreement over the ratios between the international companies operating in the country and the Mozambican State Company which might have requested an increase in percentage, especially if we know that it only got 15% in the A5A field compared with the international companies obtaining the lion’s share. Consequently, the plan was to threaten the ruling regime with the terrorist organizations and persuade it that leading the country into the unknown is the consequence of any objection. On the other hand, the dispute might be among the international companies due to the discovery of new oil fields. But will the Gulf interests be in the crosshairs of the conflict the signs of which have begun to appear in Mozambique and its environs on the southeastern coasts of the Indian Ocean? The answer is yes; multiple scenarios can happen:

The first scenario: A Gulf confrontation in the southeast Indian Ocean

The Gulf conflict in the Horn of Africa will extend along the southeast coasts of the Indian Ocean to South Africa and beyond, and each Gulf capital will use its different tools, especially that some of them are present in that region since 1982. Furthermore, certain Gulf capitals managed to acquire the most important investments in those areas since 2011 and which turned out to be affiliated to sovereign institutions, not to mention the success of some Gulf countries in removing the Royal Dutch International Oil Company when the latter intended to buy a stake in a promising oil field near the southern shores of the Indian Ocean. Observers considered this move a precedent that will grant these Gulf countries political influence in that region. The terrorist organizations will be the biggest beneficiaries and will be further strengthened in those areas because of that fierce competition which has developed into conflict. This is especially true if the Gulf parties conclude a deal with these organizations in exchange for disrupting or terminating the interests of the other party. Matter of fact, the other party will be ready to respond in kind and the region will turn into a new epicenter for depleting the Gulf political resources.

The second scenario: The re-division of Africa in line with the challenges of the twenty-first century

It is likely that the present terrorist organizations activity in East, Southeast, North and West Africa had previously been agreed-upon by the international powers. The aim behind it all is to re-divide Africa in a way that is compatible with the challenges of the twenty-first century, especially after the Turkish and Russian influence expanded in areas considered by these powers to be affiliated to them. On the other hand, I believe that those international powers will soon impose military missions on all countries overlooking the southeast coasts of the Indian Ocean (Comoros, Seychelles, Mauritius, Mozambique and Madagascar) under the guise of fighting terrorism, similar to those imposed on West Africa, such as the civilian capacity building mission in Niger 2012, the United Nations Multidimensional Integrated Stabilization Mission in Mali 2013, the European Union Capacity Building Mission in Mali 2014, and the European Military Task Force known as “Takuba” 2020, which supported the work of former military missions. The Gulf States will be forced to fund these missions just as the case was with the joint force of the five Sahel countries (Niger, Burkina Faso, Chad, Mali and Mauritania) known as G5 du Sahel. If we suppose that similar international military missions have reached the south-eastern coasts of the Indian Ocean and enjoyed the same status as their counterparts in West Africa, they will be viewed the same way that contributed to distorting the Gulf States’ image throughout the continent which considers them as either representing a new colonization or at least operating on its behalf. Consequently, the Gulf States will be seen as equally dangerous as the current colonizer that controls resources. The evidence is that the Gulf States have become a major destination for gold and diamonds smuggling from conflict areas, even though being signatories to the famous Kimberley Agreement, which stipulates the illegality of resources extracted from conflict zones or the so-called “Blood Diamonds”. This exposes the Gulf interests to targeting and extortion which will definitely be experienced by Gulf citizens in Africa, even if they are not part of the political game.

The third scenario: The Gulf interests in Africa are temporary, and not the result of a well-founded, long-term strategic vision

The internal Gulf disagreements have to some extent affected the course of the Afro-Gulf relations, but things were soon restored after most of the ambassadors returned from African capitals (Port Louis, N’Djamena, and Dakar) to Doha. Though, the continuing Gulf Crisis will lead to Africa losing confidence in all the Gulf parties without exception. The evidence is that the majority of African parties today view the Gulf interests in Africa as temporary because of the competition among them. In addition, those interests were not the result of a well-founded, long-term strategic vision, which will discourage African countries having influence in international institutions from supporting Gulf States in case the latter pursued non-permanent membership in the Security Council for example. Thus, the African party can take advantage of that and benefit from the two conflicting parties with neither party being able to impose conditions that until recently the African party regarded as violating its rights.

The fourth scenario: Loss of Muslims in the southeastern Indian Ocean

Parts of the peoples inhabiting the southeastern region of Africa (Mozambique, Seychelles, Madagascar and Mauritius) are Muslims despite the official authorities’ attempts to obscure the true number of Muslim population.  In light of the increasing terrorist organizations in those areas, the Muslims will be exposed to further repression and marginalization, which will affect the solidarity of the Muslim communities, a thing that they have been endeavoring to maintain for decades.

Terrorist organizations will be used as a pretext to harass the Muslims. These organizations will make use of the increasing oppression of Muslims to pass their agenda by persuading the peaceful Muslims to join them under the slogan of self-defense and defending Islam and Muslims. As such, we will lose a Muslim element that until recently was looking forward to receiving Gulf delegations for aid regarding education, health, job opportunities and self-development.

The fifth scenario: The contemporary African development model is in danger

The increasing terrorist organizations in the southeastern coasts of the Indian Ocean may also spread to the sources of the White Nile and the whole Great Lakes region with the intent of eliminating the emerging African development model (Rwanda) or to at least curtail it. This will encumber any prospective development in the Great Lakes region and its environs, and will bring back the bitter memories of the 1990’s never seen before in history and which still abide in the memory of those who witnessed them.

This scholarly paper is connected to future expectations which we have warned against in previous scholarly papers published in the Emirati, African and French press through the following links:

Somalia between Division and Intimidation

Gulf Scenarios in the Horn of Africa