It is not pessimism.. Rather, it is the data as it should be read

It is not pessimism.. Rather, it is the data as it should be read 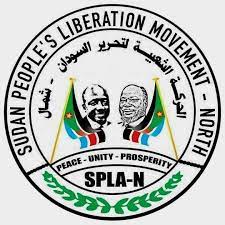 Some blamed me for being pessimistic.. I am presenting my reading of the outcome of the peace negotiations that started last week.. between the government of Sudan and the Sudan People’s Liberation Movement in the north.. led by Lieutenant-General Al-Hilu.. and that was via Sudanese TV 24.. The multiplicity of questioners and sympathizers prompted me to return to the topic in this The space was given some details and important additions.. In fact, the matter was neither pessimism nor optimism.. as much as it was a reading of the presented data.. No two will disagree that there is a fundamental question whether it determines.. To a large extent.. the extent of the chances of success or failure for any negotiation between two parties. ..which is the extent of convergence or divergence between those two parties in positions .. before sitting at the negotiating table .. and if some believe that signing a declaration of principles before the round of negotiations .. has shortened a lot of the matter .. and cut a long way in bringing the two sides of the negotiation together. Another issue reflects, in effect, that there is a huge chasm that will cast a shadow over the course of the negotiations, and by that we mean the Juba Peace Agreement..signed between the Government of Sudan and the parties to the peace process from the forces of armed struggle..!
This agreement, which the government signed and adopted and is working to implement now..that is, it is fully recognized..the popular movement, led by El-Helou, sees it as a dire evil that has befallen Sudan and its people..and that it did not provide solutions..as much as it has produced and will produce new crises..The conclusion is that The government recognizes the Juba Agreement and the movement does not.. The worst thing that can happen now is for the government or some of its parties to entrench themselves behind logic.. Whatever issue has been resolved in Juba..there is no way to open it again.. So these are two controversial points.. It remains possible that they will affect the progress of the negotiations..!
Perhaps my reading was the closest to reality.. in a direct question during the program about the chances of success of the current round of negotiations.. my answer was that the mediation had predetermined that the current round, which started on the twenty-sixth of May, will end on the sixth of next June.. The success of the two parties in approving an agenda for negotiation could be the best success achieved in the current round.. and only twenty-four hours before my talk passed.. the mediation was officially announcing the suspension or postponement of direct negotiation sessions until Monday the 31st of this month. .. The reason is that the SPLM had submitted a framework paper for mediation.. It sees the framework governing the course of negotiations.. It is not a declaration of principles as suggested by some sources.. In some sites.. Rather, the delegation of the movement has been working on declaring the principles and working on it in detail and dissection. He came out of that with a road map that the negotiations should follow.. It is certain that this map includes the agenda and issues that should be negotiated according to the movement’s vision of course.. and the most important of those who think that the position of the government delegation… or at least some of it… will be identical. Like a sole with a tire This movement .. It suffices that the government delegation took about five days to respond to the framework movement paper ..!
As for me, and based on all of the above, I have a firm belief that the mediation may have to extend the duration of this round beyond June 6th, only to reach with the parties an agreed agenda that can be negotiated.. I still adhere to my opinion as well. Merely reaching an agreement on the agenda… will represent a success… even a breakthrough… on which it can be built for the future of negotiations…!