SUDAN BETWEEN ACQUIESCENCE AND RETREAT

SUDAN BETWEEN ACQUIESCENCE AND RETREAT 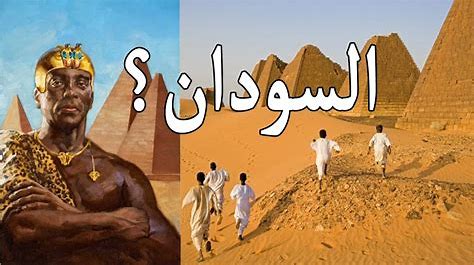 Since my arrival in Sudan a decade ago and until now, I still feel ignorant of many secrets of that country that I enjoyed living in. Despite my desire to acquire and study the oldest foreign and Arab references on the ancient and contemporary history of Sudan, but the same feeling is still overwhelming and pushing me towards continuous research, leading me to meet the most long-standing Sudanese authors and historians. What pleased me in talking to them is that antithesis I noted among them, though being an antithesis in attitude rather than content.

After the success of the Sudanese revolution in overthrowing former president Omar al-Bashir and not his regime, a number of Sudanese and African voices contacted me; some blaming me for supporting the popular movement, and some demanding clarification of the Gulf intervention in Sudan’s affairs. In between, I have found Sudan to be an unyielding country. Actually, I wasn’t unhappy with those who angrily blamed me because they were already brainwashed for spreading around a belief that the demise of the ruler is the demise of the entire nation. I stopped arguing such persons for I’m convinced they will never realize that the nation is not the ruling regime and can never be; the nation is high above the regime, above the ruler and above all; everyone goes and the nation remains first and foremost.

Before highlighting the Gulf intervention in the Sudanese issue, I will tell you my story with an Arab who works in the media and close to the Gulf political decision-making. This person once asked me to represent a Gulf organization in an African capital, and when I refused said to me: “The Afro-Gulf relations will succeed and thrive in a year’s time”. I responded that “Such success is subject to the American attitude for the Afro-Gulf relations are governed by the international powers’ will. Consequently, we cannot talk about real Gulf interests or ties in Africa apart from the international powers’ role as to promoting or frustrating them, and those opposing my opinion have the right to argue”.

Three years before the overthrow of President al-Bashir and following its participation in the Arab Coalition Forces, Khartoum felt that the gains do not equal the loss of its soldiers in Yemen, especially that the whole Sudanese public opinion views the fierce battles taking place in the south of the Arabian Peninsula is a foreign affair and will not provide much to Sudan, even though it will benefit the Sudanese political leadership, which is another affair debated by the Sudanese themselves. This view was reflected in the Sudanese elite and public opinion which divided then into three groups:

First Group: Believes that Sudan interests are compatible with the US-backed UAE-Saudi-Egyptian axis and thus in favor of the Sudanese troops remaining in Yemen in return for the complete lifting of the US sanctions on Sudan and the provision of material support to end the economic crisis aggravating since the secession of Southern Sudan in 2011.

Second Group: Believes the Sudanese interests should remain within the Turkish-Qatari axis supported by Russia and to some extent by China, and advocates the return of Sudanese soldiers from Yemen and finding at least a partial solution to the economic crisis. This group insists that the Sudanese society has for many years adapted itself to the American sanctions; therefore, those sanctions will have no effect whether lifted or not.

Third Group: An independent group that considers neutrality a good way to preserve the national gains. It calls for the independence of the national interests apart from any axes, work to completely lift the US sanctions via the exclusive efforts of Sudanese diplomacy, cooperation with the international community, the return of Sudanese soldiers from Yemen, in addition to resolving the economic crisis from within Sudan through justice in the division of wealth and power.

Decades ago, the international powers had realized that shaping the Horn of Africa in accordance with the American vision will only be achieved through Khartoum. In the American strategy, Sudan is the center and the neighboring countries are the margin after guaranteeing their allegiance. Following Washington ad Tel Aviv role in the Ethiopian-Eritrean reconciliation and the ensuing consequences whether positive or negative, Washington has found opportunity in the post-Bashir stage to reproduce a scene where the interests of its opponents conflict, and as such, pull the strings of the game in the Horn of Africa via its allies. Washington is unwilling to see a real civilian regime in Sudan and aims to prolong the Military Council and plan for new Sudanese relations with its African and regional surrounding because yesterday’s enemy is today’s friend and vice versa. The visit of the US and some EU ambassadors to the sit-in area in Khartoum was not in support of the demands of the demonstrators, but rather an acquittal of Washington and the West in general when the sit-in area is filled with the blood of the demonstrators. As for the Gulf intervention, it was at the behest of a purely American will and is not rooted in Sudan, a thing that the Sudanese public opinion should understand.

– Domestically, It is likely that the rivalry between the head of the Transitional Military Council, Abd al-Fatah al-Burhan and his deputy, Mohamed Hamdan Dagalo, nicknamed “Hemeti”, will intensify and take another form in the coming days, which I think will be decided in favor of a third person who might be “Salah Gosh” or another figure from the Transitional Military Council.

– Former President Omar al-Bashir will not be tried in Khartoum, and if so, he will soon be acquitted just like his counterpart, President Hosni Mubarak, as if hadn’t ruled Egypt for thirty years. We will witness the same humor in the Egyptian dialect saying: “Mubarak has been acquitted from all the charges; he wasn’t going to trial but rather to Hajj”. Internationally, Bashir will not be handed over to the ICC unless public and international pressures escalate. I do not think this will happen except through a deal, despite my conviction that Bashir’s card will only be negotiated if Washington desires to gain more grounds among the Sudanese public opinion, especially after the emergence of an educated class that supports some of the American orientations.

– In case that public pressure for a civil rule continue, I think that the Military Council and its supporters will resort to another trick to calm down the Sudanese  street which is to appoint a civilian governor with only “symbolic significance”, and who does not govern but controlled by the Military Council. The latter will be governing the country behind the scenes according to a specific vision, so that the next civilian governor will act depending on such a vision, especially that the geographical proximity of the Sudan is not a catalyst for the prospective Sudanese president to adopt a truly independent course, for he will surely seek to secure the country economically and politically.

– Washington will find in the Military Council after assuming power in Sudan a way to settle all the “special” issues pending since Bashir’s rule. On the other hand, I do not think these issues will contradict the interests of China, Russia and France, but will rather be aligned with them. The Military Council will realize its own interests from both axes: the UAE-Saudi-Egyptian axis supported by the US, and the Turkish-Qatari axis supported by Russia and China. The military in Sudan will find a common thread between the international powers managing these axes and will reach a stage where dispensing with the offers and services of these axes is potential, if not necessary.

The economic cooperation between the Sudan and the Gulf States will continue in the short term. As for the military and security cooperation, it is left to the estimates of the next phase in Sudan; if the two parties are to cooperate in the military and security issues, then in my own view there will be a number of turning points and gaps the two sides ignore about each other. In other words, the two sides lack adequate and mutual trust and the Egyptian role will enhance or reduce this trust in line with its own interests in Ethiopia (The Renaissance Dam) or Libya (support to Haftar). We should not forget that certain Sudanese security agents will remain loyal to the former regime and who are now pulling the strings. For thirty years, the military in the Sudanese Army along with the civilian and military agents of the intelligence and security services had all been selected based on their ideological background. I don’t think there is considerable ideological disparity among those agents -given that such disparity exists- or otherwise they would not have been admitted to the various security and intelligence departments. Thus, these individuals’ stance will change based on the different circumstances, irrespective of the orientations of the different axes. Therefore, the growing apprehension calling for the replacement or even physical liquidation of such agents if necessary cannot be appreciated.

Finally, I believe the restoration of the political and economic stability in Sudan still has a long way to go, particularly that the Sudanese public opinion has enough cards for carrying on pressure for political demands, most important of which are the weakness of the Military Council and the disaccord of its members, besides the role of the active political powers in Sudan. If some regional or international parties tried to win those forces to their side they will find themselves in confrontation with the public. At this stage, the political forces are fully aware that public support is dependent on their behavior on the ground, and therefore unwilling to be involved in a moral dilemma that deprives them from public support at this critical phase of the nation’s history.